In 1880, Joseph E. C. Durgan and Captain Lewis Love, of the steamship Calliope, bought 20 acres from Richard Ough. They platted out the town of Washougal. They also built a new dock that had year-round deep water since the Parkersville Landing could not be reached by steamships during low water.

Durgan built a store and post office in 1880 on a block of land he purchased in the new town site of Washougal at the corner of B Street and Pendleton Way. Braun also purchased a block of land on the northeast corner of B Street and Pendleton. Braun, seeing the Washougal area begin to prosper, moved his hotel from Parkersville to the southwest corner of his block and added a bar. The rest of the block was made into a visitor park, thus the name, "Park Hotel." By the end of 1881 Washougal was the main settlement with two stores, a hotel, bar, butcher shop, two blacksmiths, a wharf and several homes.

C. W. Cottrell built a flouring mill in 1897 along the Washougal River at the river road. In August of 1898, a bridge replaced the ferry that crossed there. In March of 1899, a Portland industrialist built a creamery that was purchased by Morris Webber in 1900 for $1,650. Steamboats used to transport farm produce left Washougal at 7 a.m. for the Portland market and made the return trip at 2 p.m.

Washougal incorporated in 1908. The town had telephone service, Cottrell was supplying piped water and in 1909 a railroad was built through town. Cottrell sold his grist mill machinery in 1910 and began to use the water wheels to supply electric power to Camas and Washougal. In 1919, he put in diesel generators and created the new Western Power and Light Co. 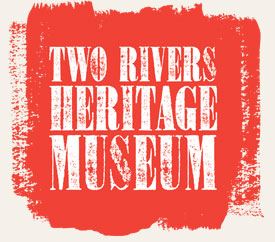 Several Washougal businessmen sold $1,700 worth of stock to bring a woolen mill to town in 1910. By 1912, the mill was failing and the Bishop family, owners of the successful Pendleton Woolen Mill company, bought it. By 1915, they were making quality products and became profitable. The Washougal Woolen Mill merged with Pendleton Woolen Mill in 1953. Still operating in 2013, the mill manufactures many top quality products including the signature "Pendleton Blankets."

Highway 14 to the east was completed in 1927 across the Cape Horn bluffs, opening up land to the north and east of Washougal.

Additional historical resources include City of Washougal and Port of Camas-Washougal.